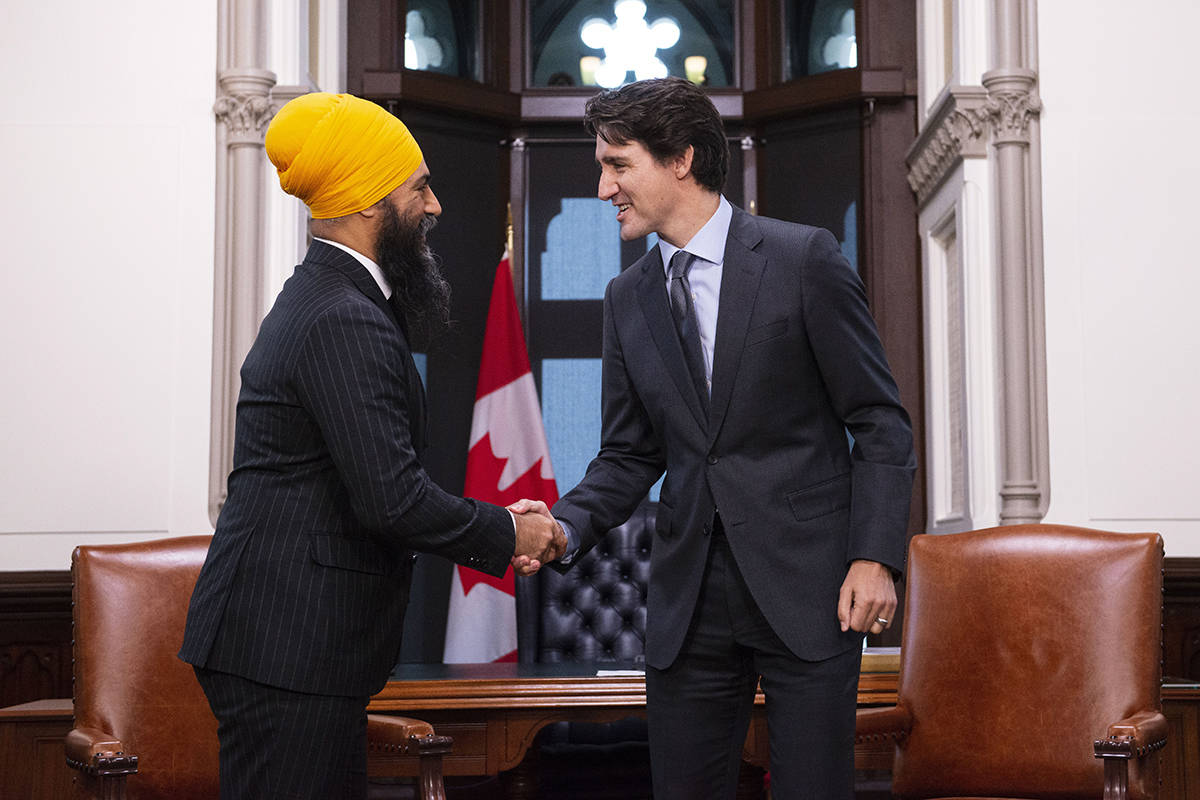 So, what do the NDP get for this deal?

Apparently, some movement on their own priorities, including means-tested dental care for low income Canadians and, of course, climate change, environment, and energy policy.

What does the West get?

Much worse public policy that will actively harm our interests.

Both the Liberals and the NDP have claimed that their coalit… er, agreement, will finally provide some stability for Canadians.

While it might ensure there’s no election to contend with in the coming years, it certainly doesn’t provide any stability for the West - we now face an even more uncertain future when it comes to our natural resources.

This alliance is the death knell for Alberta oil and gas as it consolidates power in the hands of the people who hate our energy industry and gives them the impetus to work more actively to destroy it.

Prime Minister Trudeau recently called for a 42% emissions reduction for Canada’s oil and gas sector by 2030.

For the record, Rachel Notley called his plan “a fantasy”.

When even the Alberta NDP thinks your environmental policy is a fantasy, you know you're on to a winner!

On top of all this, the Trudeau-Singh pseudo-majority also pledges to protect Quebec’s seat count in the House of Commons.

Over the last couple of weeks, we wrote about the anti-democratic system we have in Canada for allocating seats in the House of Commons.

We explained how we wanted a fair House of Commons, distributed mathematically based on population, not political favours, Quebec would actually lose another six seats, on top of the seat they are already scheduled to lose.

And yet, this crazy idea of giving Quebec even more seats and even more outsized influence, regardless of population, is going ahead.

As we predicted in those emails:

It's utterly unacceptable and almost the definition of anti-democratic, and yet, it might just happen anyway.

Because it's pretty much impossible to win a majority government in Canada without votes from Quebec, and so what Quebec wants, Quebec gets.

These constant injustices can sometimes make you feel like it's all pointless.

But don't worry, we're not giving up.

It will be hard work, but it will be worth it to ensure Alberta's freedom.